With approximately 80,000 employees, including more than 7,500 engineers, working alongside customers in approximately 140 countries, TE ensures that EVERY CONNECTION COUNTS.

A case study in miniaturized automotive terminals and connectors

As electrical content in vehicles increases, the need for miniaturized automotive terminals and connectors is more significant than ever. But OEMs are often hesitant to move to the smaller 0.50mm terminal size released by USCAR/EWCAP nearly ten years ago because of concerns about robustness and performance.

Miniaturization was often accomplished by simply downsizing existing designs as was typical for the transitions from 1.5mm to 1.2mm to 0.64mm terminal sizes. However, these transitions were baby steps compared to the giant leap from 0.64mm to 0.50mm terminals (more than 50% decrease in terminal size).

With so little material to work with, every part of the system must be fully optimized to achieve the necessary robustness, manufacturability, and performance needed for the automotive industry.

In this free webinar, TE’s John Myer explains the pitfalls of downsizing, examines global trends, and discusses the lessons learned to achieve robustness and small size. 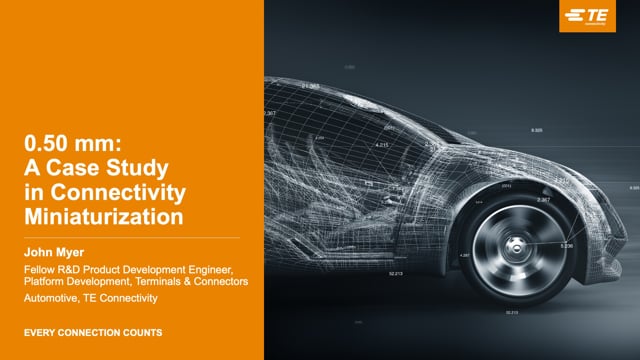 With approximately 80,000 employees, including more than 7,500 engineers, working alongside customers in approximately 140 countries, TE ensures that EVERY CONNECTION COUNTS. 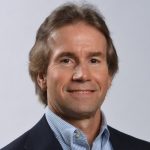